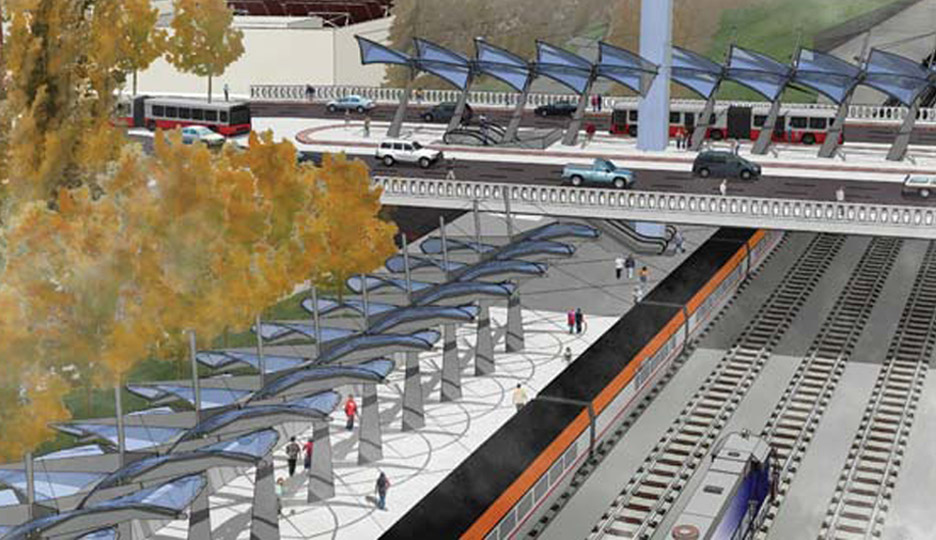 This 680-acre development was previously a landfill site on the eastern portion and a rail yard on the western portion, bisected by Caltrain rail tracks. Key challenges for future development include the need for significant transit and roadway improvements and partnership with public agencies for funding and phasing of transportation improvements. There will also be an exclusive right-of-way for a bus rapid transit (BRT) alignment along Geneva Avenue. Other issues include site access off Geneva Avenue, potential impacts caused by the BRT signal priority system, and queuing spill-over onto the US 101 Harney Way interchange. When complete, the development will feature space for 15,000 workers, 4,400 housing units, and 7 million square feet of commercial space.

CHS Consulting Group has been involved in this project since 1992. CHS staff developed the overall vision for multimodal transportation investments, including relocating the Caltrain Bayshore Station southward into the project site and creating a multimodal transit center; abandoning Union Pacific spur tracks to accommodate site development (completed); extending the pedestrian and bicycle network; extending Geneva Avenue to the US 101 Harney Way interchange; and improving the Harney Way interchange.

CHS has been coordinating with consultant teams hired by the local cities responsible for the preparation of a bi-county transportation plan, a Project Study Report for the US 101 Harney Way interchange improvements, and developing the multimodal transportation center site selection evaluation study.