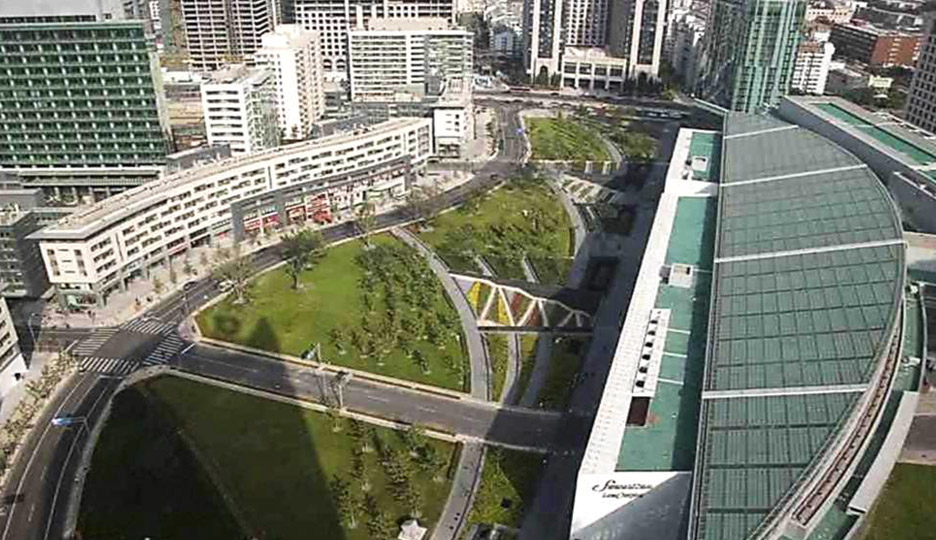 Beijing Finance Street (BFS) is one of the most prominent projects in China and a signature project for the Beijing Fuchen District. It consists of 13 buildings with a mixture of office, hotel, retail, and a convention center. The project site is located on the east side of West Second Ring Road, north of Fuxingmen. The area had a significant traffic congestion problem and surrounding major arterial roads had left turn restrictions, so access to the project site was significantly constrained.

As part of the SOM team, CHS Consulting Group provided transportation planning and engineering consulting services. Prior to CHS’ involvement, a transportation concept plan was developed by a local design institute which called for an underground one-way loop roadway system to allow left turn vehicles to enter the project site from the surrounding north-south arterial roads. The original concept also called for this underground roadway to accommodate through traffic in the Fuchen District to relieve surface traffic congestion.

CHS recommended elimination of the underground roadway system and to allow left turns at key intersections. CHS’ recommendations were accepted by a Technical Review Committee and the Planning Commission.

The project was completed and has been occupied since 2008. Most vehicles enter and exit the 13 buildings from their surface garage access points.